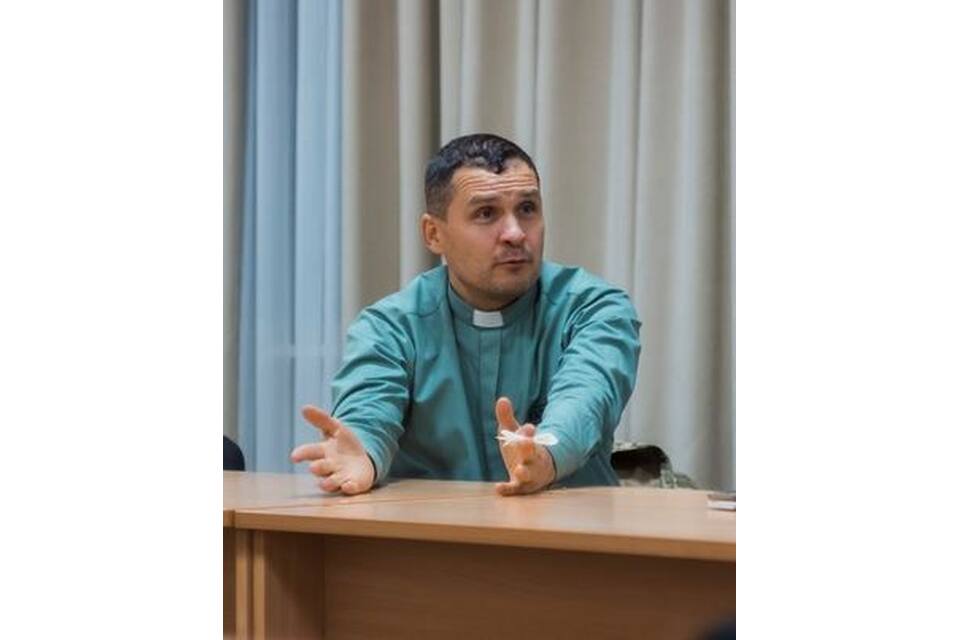 How You Can Help

Recurring monthly donations will last until the student graduates, unless cancelled earlier. Donations represent an unconditional intent to give, not a legally binding promise or pledge to give.

Originally, I am from Ukraine, but after my graduation from high school in 1992 I went to my relatives in Uzbekistan, Central Asia, where I planned to get a job and education.  As it turned out, my relatives were evangelical Christians. It was them who helped me come to know God and attend a church. So, I repented and my life started changing.

In 1993 I embarked on my first missionary trips as a musician, worship leader and preacher. In 1995 I completed a one-year program at a Bible school in Moscow. In 1997 together with my friends I planted a church in the town of Termez, Uzbekistan. However, when the church started growing, we suffered from prosecutions by local authorities and were forced to leave in 1999.

In 2004 I became a resident student of Theology and Christian Ministry at Ukrainian Evangelical Theological Seminary in Kyiv. Upon my graduation, I helped other pastors in church-planting. From 2013 to 2015 I was involved into ministry to the Gypsy people. In 2015 I became a volunteer military chaplain in the warzone in Eastern Ukraine. In 2019 I decided to resume my studies and enrolled in Transformative Leadership master’s program at UETS to be more effective in my ministry.

When military chaplaincy was officially introduced and I was invited to occupy a position of chaplain in a military unit, my state-accredited degree of higher religious education turned out to be one of the documents I was asked to produce. Praise the Lord, I had already had it at that time.

The contribution of the seminary is really great. Among other things I am grateful for the theological education, the training for chaplains I attended in 2015 and information about government degree recognition. I believe that my connection to UETS will develop further as the seminary always offers something to meet the needs of the Church and society.

Ukrainian Evangelical Theological Seminary (UETS) is an interdenominational school within the evangelical tradition with a mission to serve the Church and transform society by effectively training and equipping indigenous church leaders.

Despite difference in social, economic and political environment, churches in Ukraine and other East European countries lack competent ministers who could lead others in sound teaching and worship. With regard to the war in Eastern Ukraine and migration to big cities special attention is paid to the issues of chaplaincy and mission in modern cities.

Apart from this, the seminary is trying to meet the need of ministers to the Muslims. This is, probably, the last tangible chance to equip indigenous leaders and missionaries in Central Asia as the region is being seriously Islamized. With many ethnic Russian leaving, the percentage of the Russian-speaking population in Kyrgyzstan is decreasing. It means that in future it is going to be much more difficult for foreigners, including Russian-speaking Ukrainians, to reach out locals with Christian education.